Black Friday & Cyber Monday Sale. Use promo code LTGBF22S for 30% discount on our memberships and courses 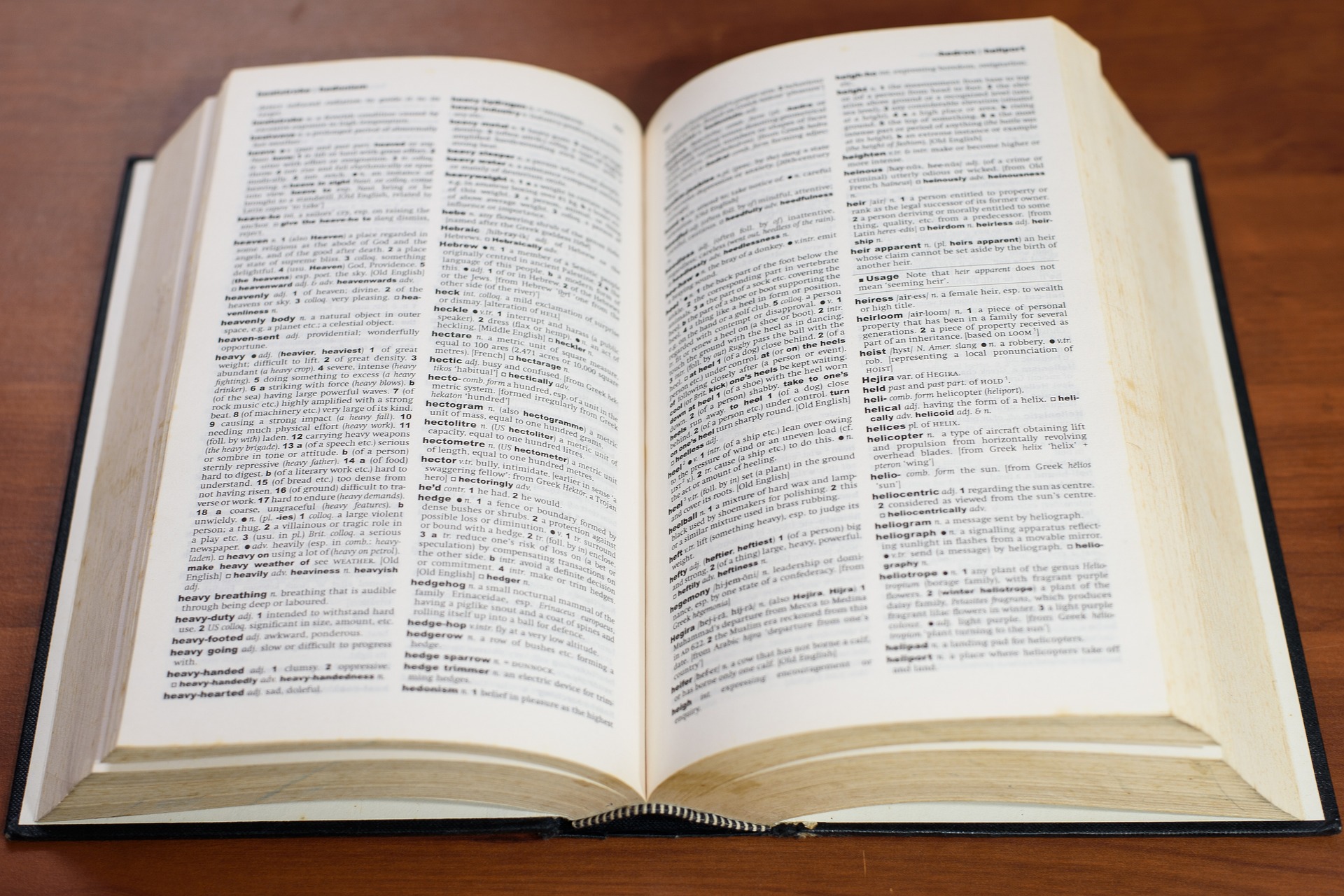 ‍Last Point Of Support (LPS): Should have a LACK OF SUPPLY indicated by a RELATIVE NARROWING of the SPREAD and a DECREASE IN THE VOLUME. The comparison is between the up move constituting the (SOS) and the REACTION FOLLOWING it, the (LPS). See the Back-up to the Edge of the Creek (BEC). What if the stock has a possible (SOS) indicated by a widening spread and increasing volume on the move up and is then followed by good supply on possible (LPS) indicated by wide spread and high volume on the reaction? This CANCELS the probability of the fist action being a (SOS) and the stock will probably continue in the trading range for additional testing.

Last Point Of Supply (LPSY): The (LPSY) is preceded by Preliminary Supply (PSY), Buying Climax (BC). Automatic Reaction (AR), Secondary Test (ST), and a Sign of Weakness (SOW). After all these, the Last Point of Supply (LPSY) occurs. The reaction preceding the (LPSY) must be a (SOW). Any possible or potential (SOW) must be confirmed, denied or left in doubt by the SUBSEQUENT rally. If the rally has a relative lack of demand, generally evidenced by a decreased spread and decreased volume, this would be CONFIRMATION and PROOF of a (LPSY). However, should demand still be strong on that rally as evidenced by good or increased volume as well as a wide or widening spread, it is usually best to regard such action as a DENIAL of the (SOW) and such action may well leave the interpretation of the (SOW) and the (LPSY) in doubt. When this occurs DO NOT take a SHORT POSITION. It is better to miss a move then to run a great risk of being wrong.

The (LPSY) rally will often stop just below the 1/2 way point. It is NOT particularly important where a (LPSY) stops on the rally, however, it very often turns in the vicinity of that that 1/2 way point. There is no one exact point in which to take a position. YOU MUST judge the (LPSY) as it occurs and attempt to establish a short position as close to the TURNING POINT as possible. Often you can tie this in with other principles, such as: The meeting of the supply line, The previous supply or support area and the 1/2 way point, Very often the (LPSY) will come in the same area as the (PSY) or the (BC).

Law of Cause & Effect (CIE): in order to have an effect you must first build a cause. The effect will be in direct proportion to the cause and cannot be separated from the cause. Very often the working of this law can be most easily seen in the figure chart.

Line of Least Resistance: The trend of security prices, whether it be advancing or declining.

Liquidation: The process of converting securities and/or other property into cash.

Locked-In: The psychological state of mind which exists when an individual believes that he cannot afford to liquid a security position.

Long: The ownership of securities.

Long-sale: The sale of along security position.

Long Terms: Financially, it is considered to be a five-year investment; the tax definition is six months.

Margin: The amount of money deposited by a customer when he uses credit to buy securities, the balance being financed or advanced by the broker.

Market Order: An order to buy or sell at the best price available at the time the order is received at the appropriate trading post.

Mark-up (MU): from the Supply/Demand perspective is, Demand that is greater than Supply.

Measuring Trends: There are three methods of measuring trends: Trend lines, which measure the angle, there are two types of trend lines: the normal use and the reverse use. Thrusts are used to measure each drive up & drive down. The third measurement is the Half-way-point which is an indication of comparative strength and weakness and the adequacy of the correction. When placing these measuring methods, do it with a great deal of exactness. However, do not expect the stock or index to observe or reach them perfectly

Odd Lot: An amount less than the established round lot for any class of security.

Option: A contractual right to buy or sell a security at a specified price within the specified period of time.

Optimism Pessimism Index: An index developed by stock market Institute which reflects the optimism due to buying and pessimism due to selling during any specific period market history.

The ordinary Shakeout is characterized by PRICE WEAKNESS and usually an INCREASED VOLUME. In other words a WIDE SPREAD and some INCREASE in VOLUME. However, the VOLUME maybe HIGH, MEDIUM or LOW. When there is SUPPLY on the Shakeout itself it must be tested by a SECONDARY TEST. The secondary test should have a NARROW SPREAD and a DECREASED VOLUME compared to that of the ORDINARY SHAKEOUT. This indicates that there was less SUPPLY on the secondary test then there was on the Shakeout and the buyers then KNOW that the stock is AGAIN prepared to MOVE UP with relative SAFETY

Overbought (OB ): The stock or the market goes through distribution.

Oversold (OS): The stock or the market can go through accumulation.

Position: Holdings of securities, whether long and / or short.

Position Sheet: A tally sheet showing the trend positions of specific securities. The position within a trend shows where the price (position) is in the trend.

Preferred Stock: Stock which has a prior claim to earnings and/or dividends over the common stock. It is secondary to bonds in the other floating debts.

Preliminary Supply (PSY): Is the FIRST important SELLING (or meaningful reaction) which is part of the distribution area (this indicates the first important wave of supply or selling is being brought to market) and which comes in to stop the upward trend TEMPORARILY. Usually there's some form of a Buying Climax which stops the move and that is followed by a REACTION, (PSY), which has pronounced WEAKNESS or volume or preferably both (wide spread & high volume).

The buying climax (BC), is part of the Preliminary Supply (PSY) this NORMALLY HAS LESS VOLUME THAN THE FINAL BUYING CLIMAX. The price reached on the (LPSY) after a sign of weakness very often is in the same area reached on the (PSY). Analytically the significance of the (PSY) is that if the entire area is distribution, that distribution may have begun in the area of the (PSY). Note: Sometimes the (PSY) and the (BC) occur on the largest and longest leg of an upwards thrust of the uptrend.

Preliminary Support (PSI: Is a form of a selling climax and is an action in which important demand comes in to stop the down move even temporarily. The first important rally in a downtrend is the (PS). It may occur after the first oversold condition, and is especially likely as the stock or the market reaches its downside objective.

The importance of the (PS) is as a warning that the end of the down move may be near. The significance of the (PS) is that if the entire base is accumulation the accumulation may have begun at the (PS) and continued throughout the base. Preliminary Support and the Last Point of Support (LPS) often occur at the same price level. The (PS) is sometimes obscured due to the violence of the price action and sometimes it is virtually missing. But usually on accumulation some form of (PS) is present.

Primary Growth Trend: Sometimes it is a downward slanting trend. This is the general direction or rate of growth the market: an index, a stock, or the economy, or company is taking.

Primary Distribution: The initial liquidation of along position.

Primary Growth Trend: sometimes it is a downward slanting trend. This is the general direction or rate of growth the market: an index, a stock, or the economy, or company is taking.

Principle: Is a comprehensive and fundamental law, doctrine or assumption. It is an unchanging rule.

Process of Rotation: The principle that all securities of class to do not prepare, advanced, or decline at the same time. Some stocks lead the various stages while others lag.

Profit/Risk Ratio: Should never be less than 3:1, This means that for every point below the purchase price the stop is placed, three points of profit are anticipated. So for a stop that is placed three points below the purchase price, nine points of profit are anticipated. It is BETTER PRACTICE to LEAVE your STOP underneath the PRIOR support area and IF NECESSARY GET-OUT BEFORE that stop is reached.

Checkout Wyckoff terminology from A to I.